Top 10 Best Things to do on Lefkada Island, Greece 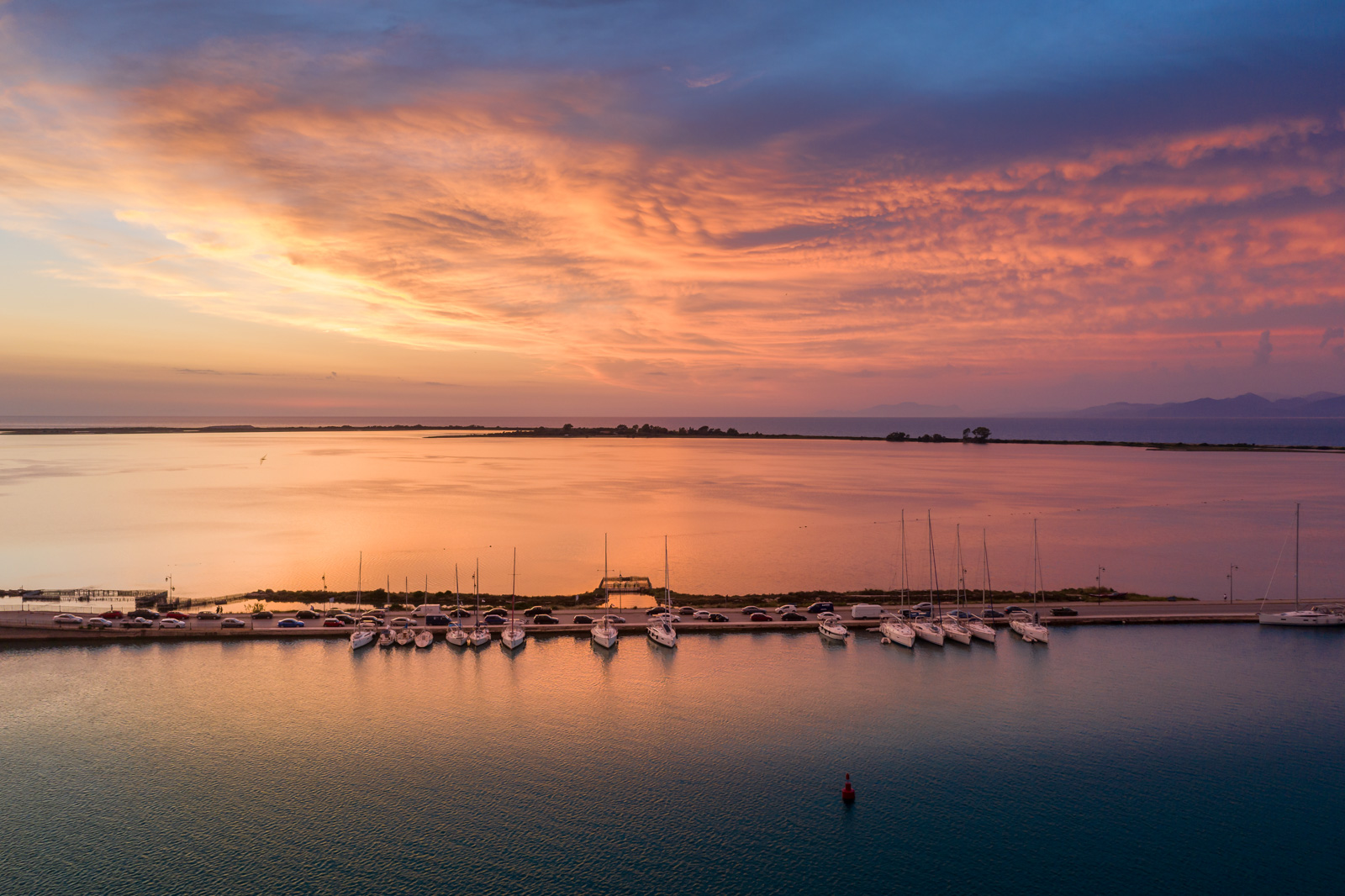 Lefkada goes beyond the idea of being one of the most elegant, vibrant and international favourite destinations. This heavenly made Greek island invites you to an experience full of images, colours and senses worth living at least once in a lifetime.

A typical Mediterranean paradise, Lefkada boasts over 300 days of sunshine throughout the year making it the perfect destination even out of season. Once checked in at San Giovanni Beach Resort & Suites Accommodation, our team of experts to guide you through the secrets of Lefkada and explore the island at ease.

Soak up the Lefkada culture at its museums 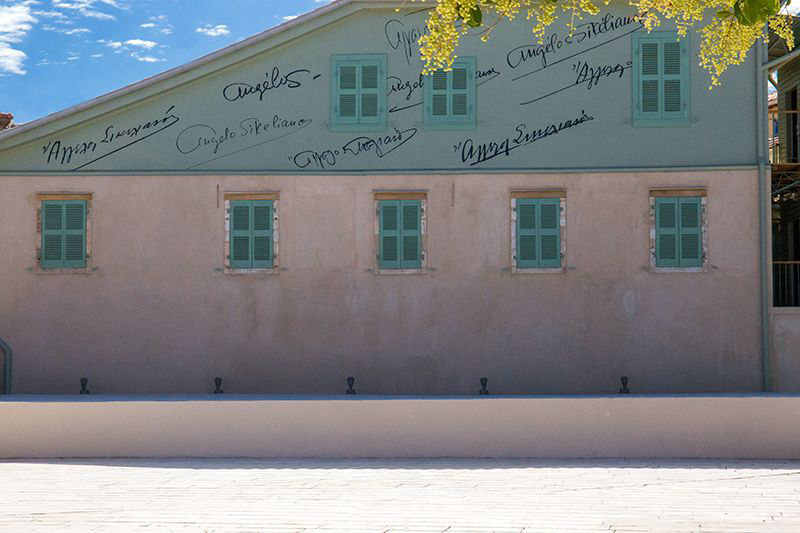 Apart from the natural sights, Lefkada has rich cultural heritage with which you could become more acquainted by visiting the Archaeological museum in the Town of Lefkada. Part of the exhibition is dedicated to the excavations of the archaeologist William Dörpfeld, who believed that Lefkada was Homer’s historical Ithaca, the birthplace of Odysseus.

The jewel amongst Lefkada’s museums, however, is the Ecclesiastical museum in the Faneromeni Convent. The convent itself is a landmark of the island along with the church of Agios Ioannis which was built in 1477. Another not-to-be-missed site is the Fortress of Agia Mavra, very close to the town. It is nowadays used for hosting cultural events during the summer.

Lefkada Town is home to a few small museums which are well worth a visit if you have the time. The quaint Museum of Phonographs is to be found just off the main pedestrian street and has an eclectic and fascinating collection of old gramophones, records, photographs, paintings, jewels and musical instruments. If you would like to find out more about the Lefkadians themselves, the Orpheus Folklore Museum could be right up your drómos (street). Situated next to the Agios Spyridon church near the central square, it is devoted to the more recent history of the people of Lefkada, exhibiting objects that recreate the traditional daily life of the islanders and featuring some of the beautiful woven articles traditionally produced on the island. A typical room of a Lefkadian house has also been recreated here.

A very important monument of the island of Lefkada is the Statue of Aristotle Onassis. Right on the port of Nidri, there is a statue dedicated to Aristotle Onassis, the famous Greek businessman that is considered in one of the wealthiest men in the world ever. The statue is overlooking his private island, the famous Skorpios.

The highlight of the cultural heritage of the island is The Sikelianos House in the heart of the city center, which accommodates the homonym museum. It is a special museum that not only exhibits memorabilia of the famous poet, but also makes the visitor travel into every aspect of his life and work through a pioneering architectural and museological approach, work of a group of distinguished scientists. In its space someone can find exhibits related to the life and work of Sikelianos, which were donated by significant museums, collectors and institutions from all over Greece.

The best of all the events that are organised on Lefkada in the summer is the International Folklore Festival. The island has a strong literary tradition since it has been the birthplace of many well-respected Greek poets, such as Sikelianos and Valaoritis. The locals have continued their love for literature and art by organizing the Literature and Arts Festival. The event peaks with the folklore festival and the town becomes a lively parade with folklore dancers from all over the world sending a message for peace. 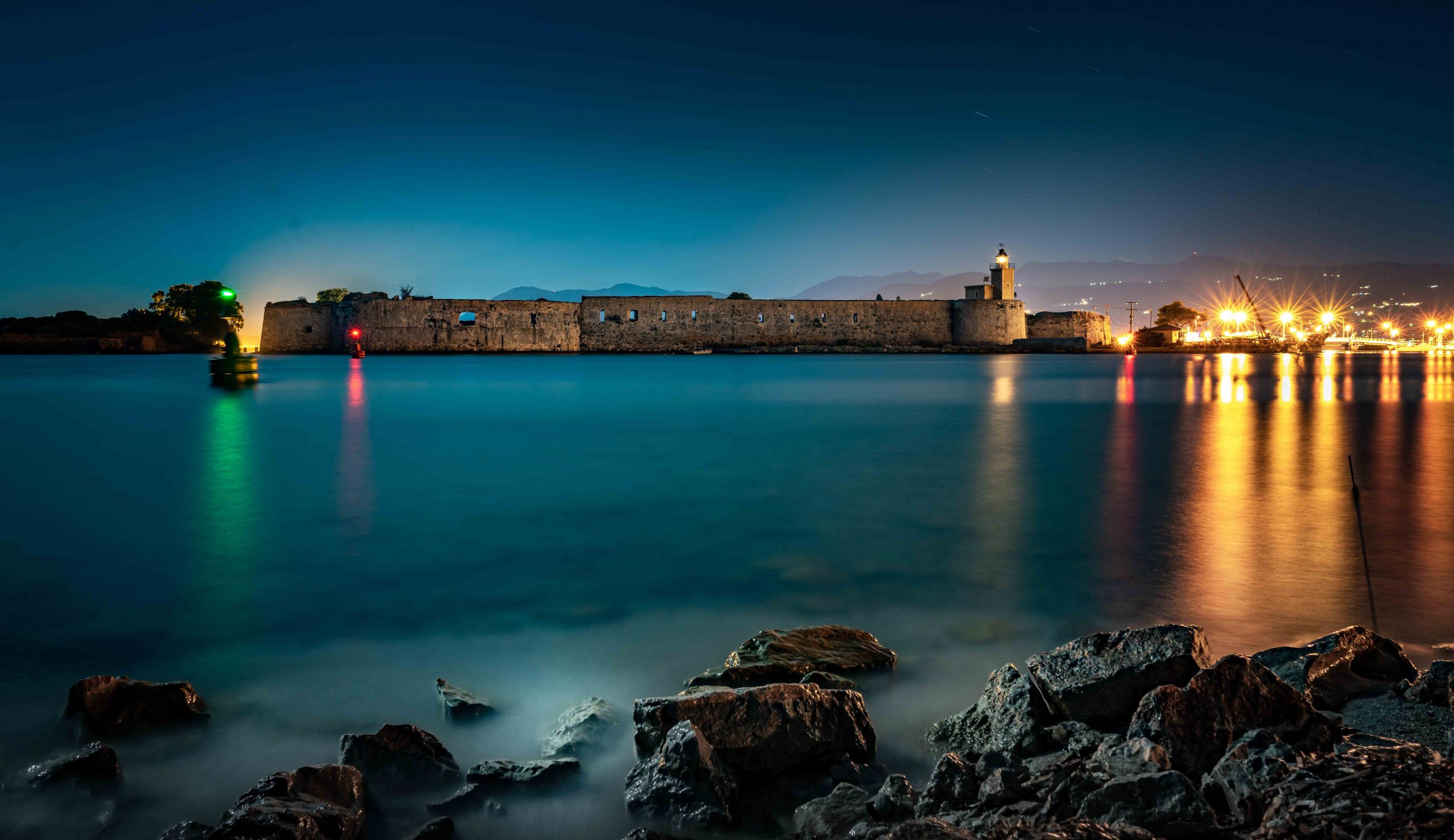 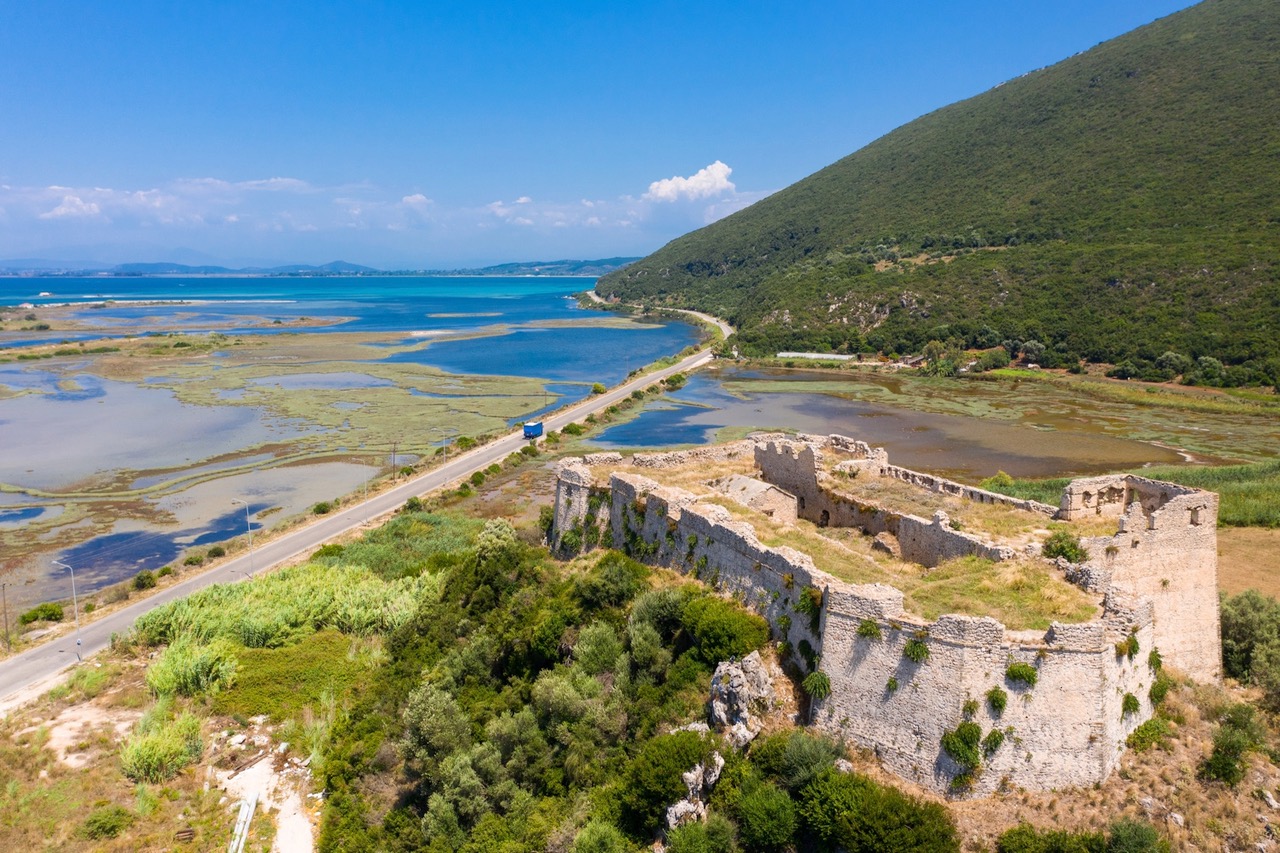 The lovely beaches and the crystal clear waters are not the only reason for the island’s beauty. Lefkada is a truly verdant island, full of trees and green hills. Even though it has been named after the white mountains which dominate the landscape, the island has rich fauna and flora. The lagoon between Lefkada and the mainland is a protected wetland and perfect shelter for many migratory birds and other rare species. Have a walk in the fields and smell the scents from the various flowers and herbs painting the green landscape in a mix of colours. On the island, there are rare lilies, blue ivies and other wild flowers sharing the fields with wild gum trees, olive trees, lemon and orange trees, aspens and a lot more beautiful plants offering their natural shade to the hikers.

If you love nature, apart from the lagoons and the fields, there are other places worth visiting for their natural beauty. Among them we would recommend the waterfalls of Dimossari gorge near Nidri. Another highlight of the island is the Lighthouse. The Lighthouse of Lefkas is ideally located in Cape Ducato, which is down south of the island of Lefkada and was constructed in 1913.

The mountainous terrain of Lefkada is ideal for all sorts of outdoor activities. You can go hiking in the well-defined network of walking trails in the mountains of Elati or the plateau of Eglouvi. Mountain biking is by all means very popular, but recently horse riding has become the latest trend with horse riding training centres found in the plain of Vassiliki and in Lefkada Town.

One of the best and convenient ways to get around Lefkada is on a scooter, which can be rented at any of the numerous rental shops located all over the island. Enjoy the stunning views en route and let the winding roads lead you to some incredible beaches and towns. You will need to be over the age of 18 and hold a driving licence to rent a scooter. 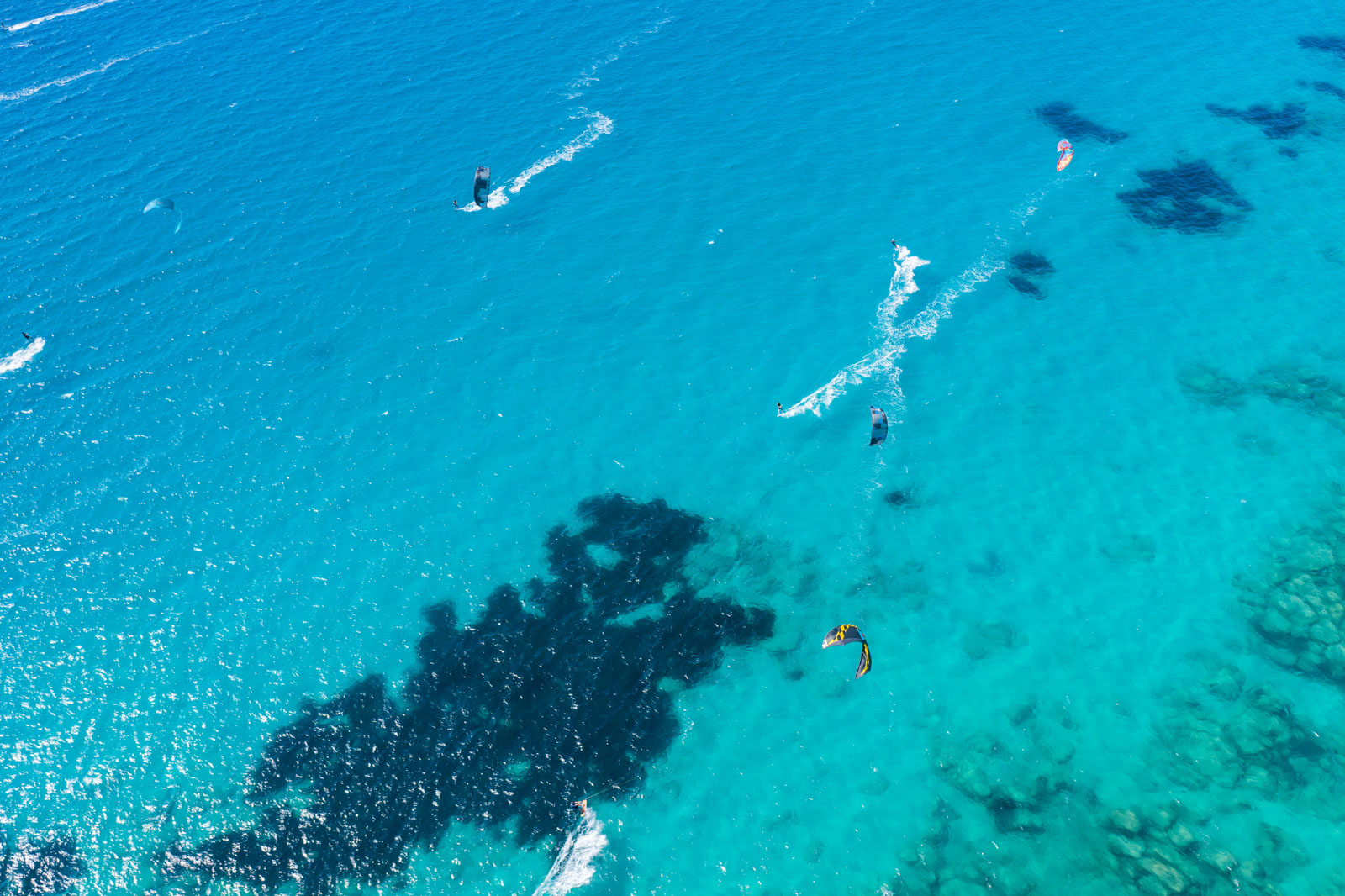 Αbove all, Lefkada is the top destination for the water sports lovers. You can go paragliding with an experienced instructor and land on the amazing beach of Kathisma. Sailing, windsurfing and kite-surfing on Lefkada attract hundreds of sports people from all over the world. The good weather conditions and the sheltered bays make the island a top-notch choice for sailing and yachting, while the northwest winds blowing in the early afternoon make the island a windsurfer and kite-surfer’s paradise. 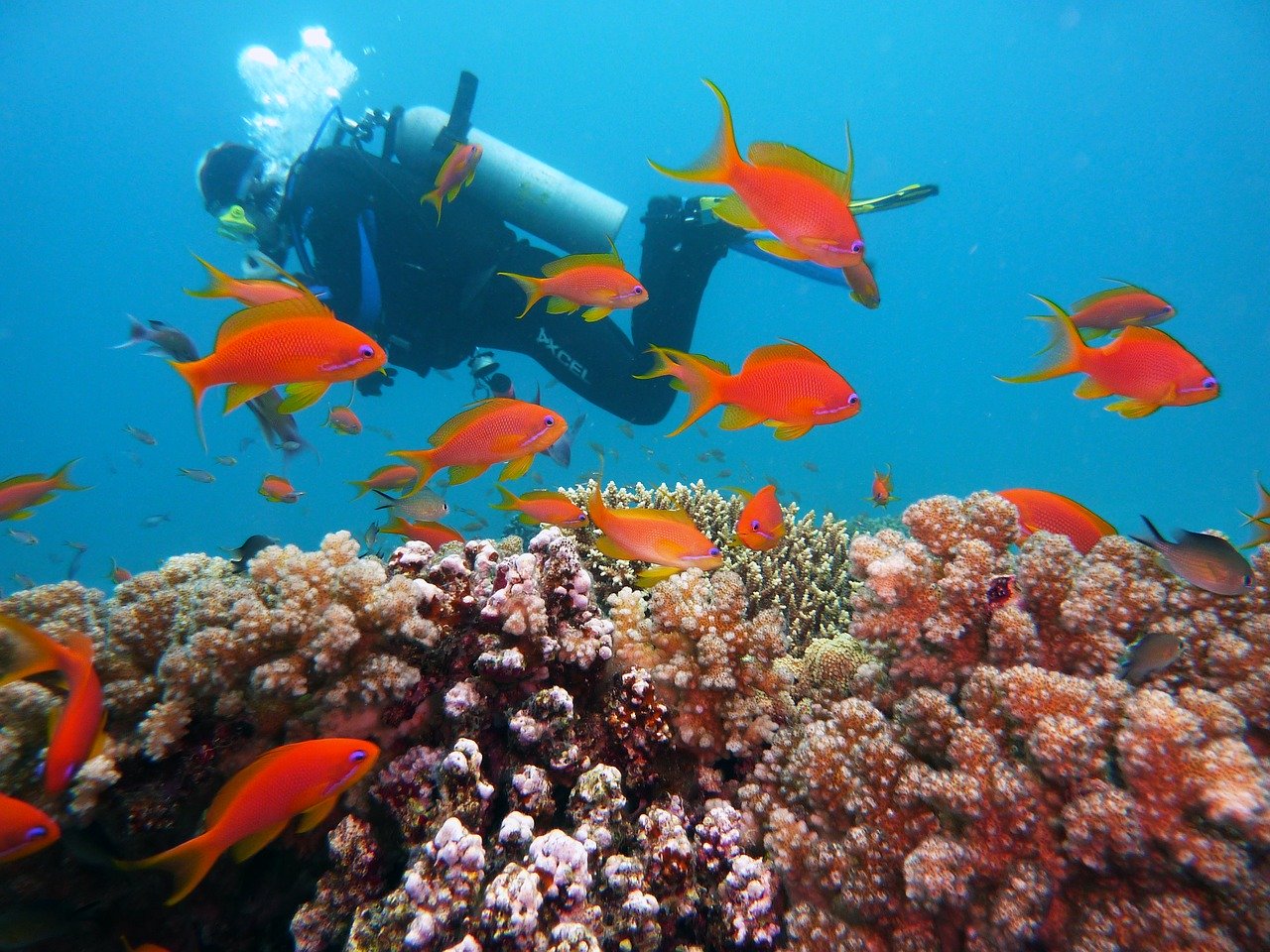 A trip down to the Ionian seabed proves Lefkadas’ charm and beauty is not restricted to land. If you decide to go underwater, the nature will reward you with underwater walls, canyons, gorges and caves protected by the Natura 2000 network. The Mediterranean reefs with the unique biodiversity offer a lifetime scuba diving experience, especially on the eastern and southern side of the island. 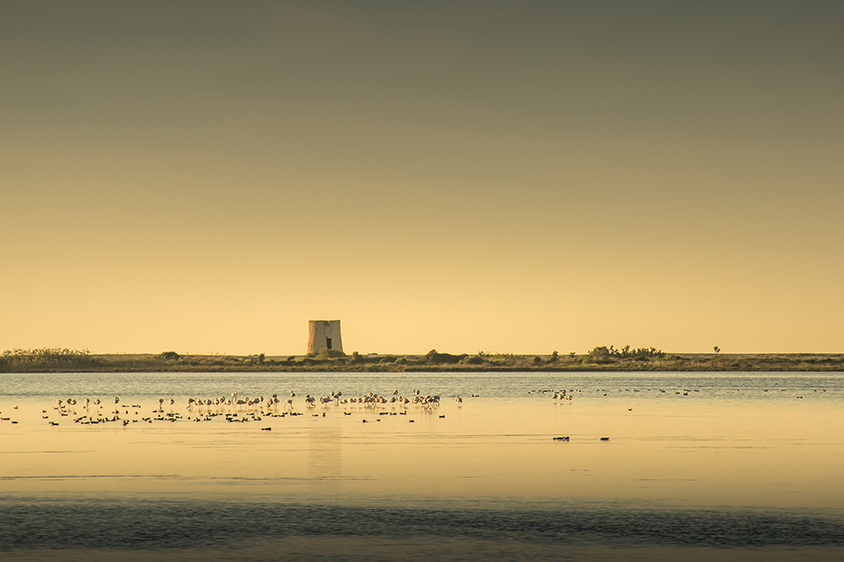 The iconic windmills of Lefkada stand on Agios Ioannis Beach overlooking the Ionian Sea and provide one of the best panoramic views and a magnificent sunset. Built in the early 20th century, the windmills, were used to grind grain and feed the islanders back in the day. Although no longer operational, they do still demonstrate the wind power on the island.

In 1992, a group of Austrians discovered that this section of Agios Ioannis Beach is suitable for windsurfing, while in 1999 a group of Italians made for the first time kitesurfing. Since then, it has been one of the world’s most popular destinations for these two sports. 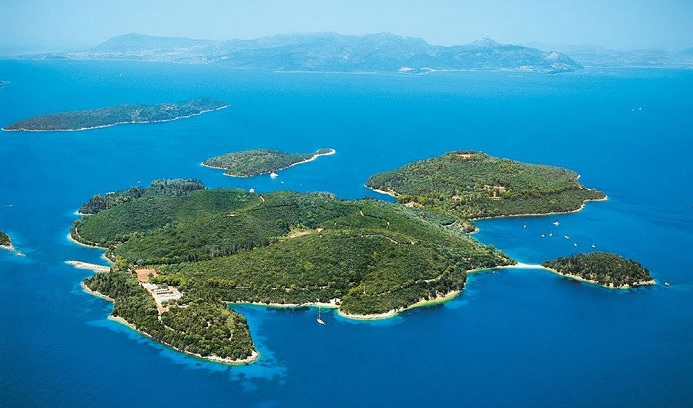 Lefkada is surrounded by many small islets, while having some of the biggest islands of the Ionian Sea nearby. From here you can visit the famous Onassis family island of Scorpios or Meganisi, Ithaca, Paxos and Kefalonia. Daily cruises depart from Nidri or Vassiliki. Alternatively, embark on a tailored, guided tour to this unique islands pulsing with history, architecture, and legendary stories from the past. 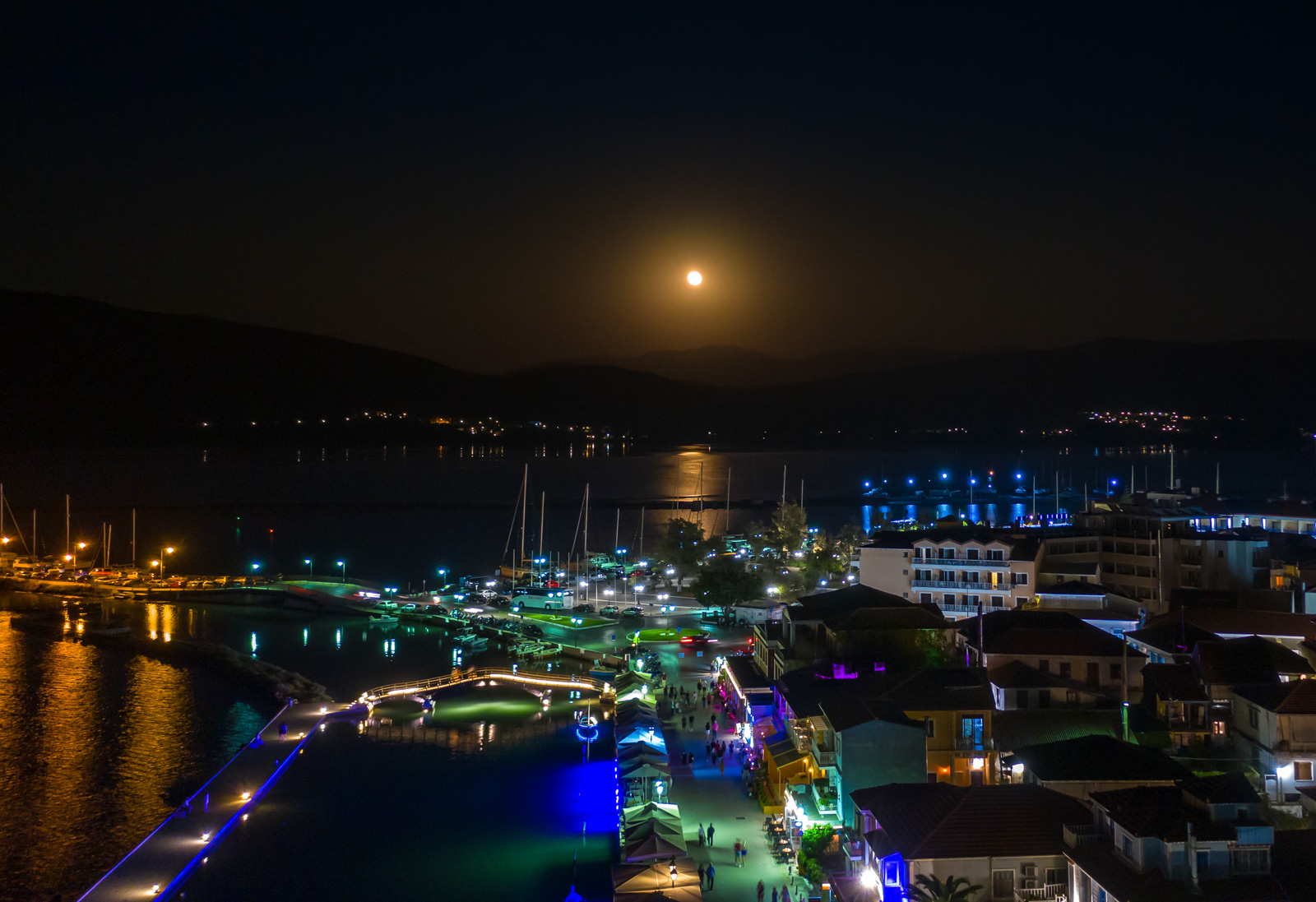 Lefkada may be calm and peaceful in the day, but at night it lives up to its glittering party vibe. The most well-known bars in Lefkada, in the heart of the city center and in tourist resorts such as Nydri and Vassiliki, keep you dancing and partying until the small hours. Another of the many all-day bars to look out for are located on Kathisma Beach, where you can start the day with breakfast before seeing out the night with an epic beach party.

An alternative to the never-ending parties is a long dinner in the many taverns and restaurants of the island, both at the seaside and in the mountainside. Also, there are many lounge bars based near the lagoon in the heart of the city center, with “distinctive cocktails” and “eclectic entertainment” every night.

Lose yourself in the alleys of Lefkada Historic Center & the lagoon 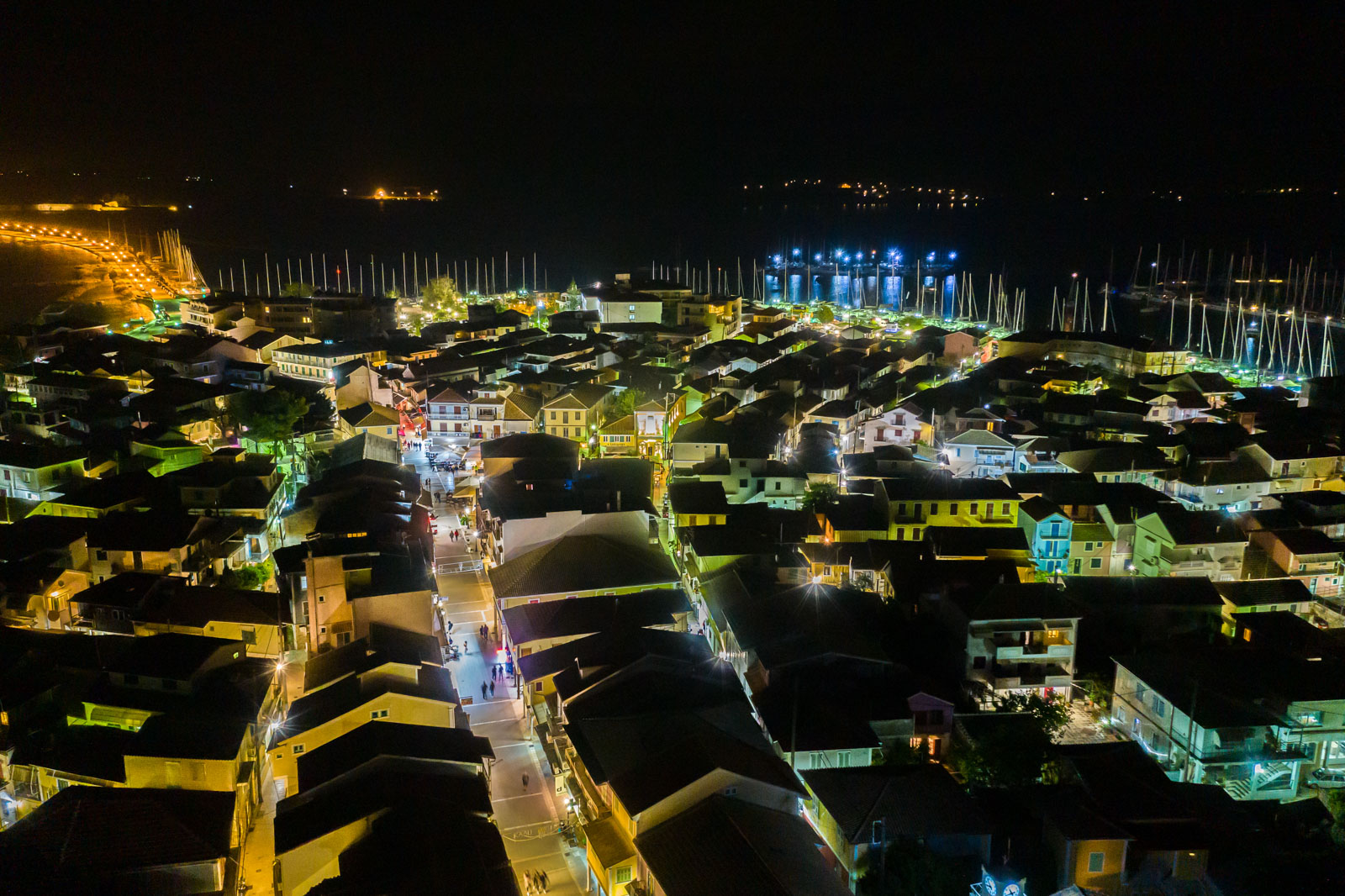 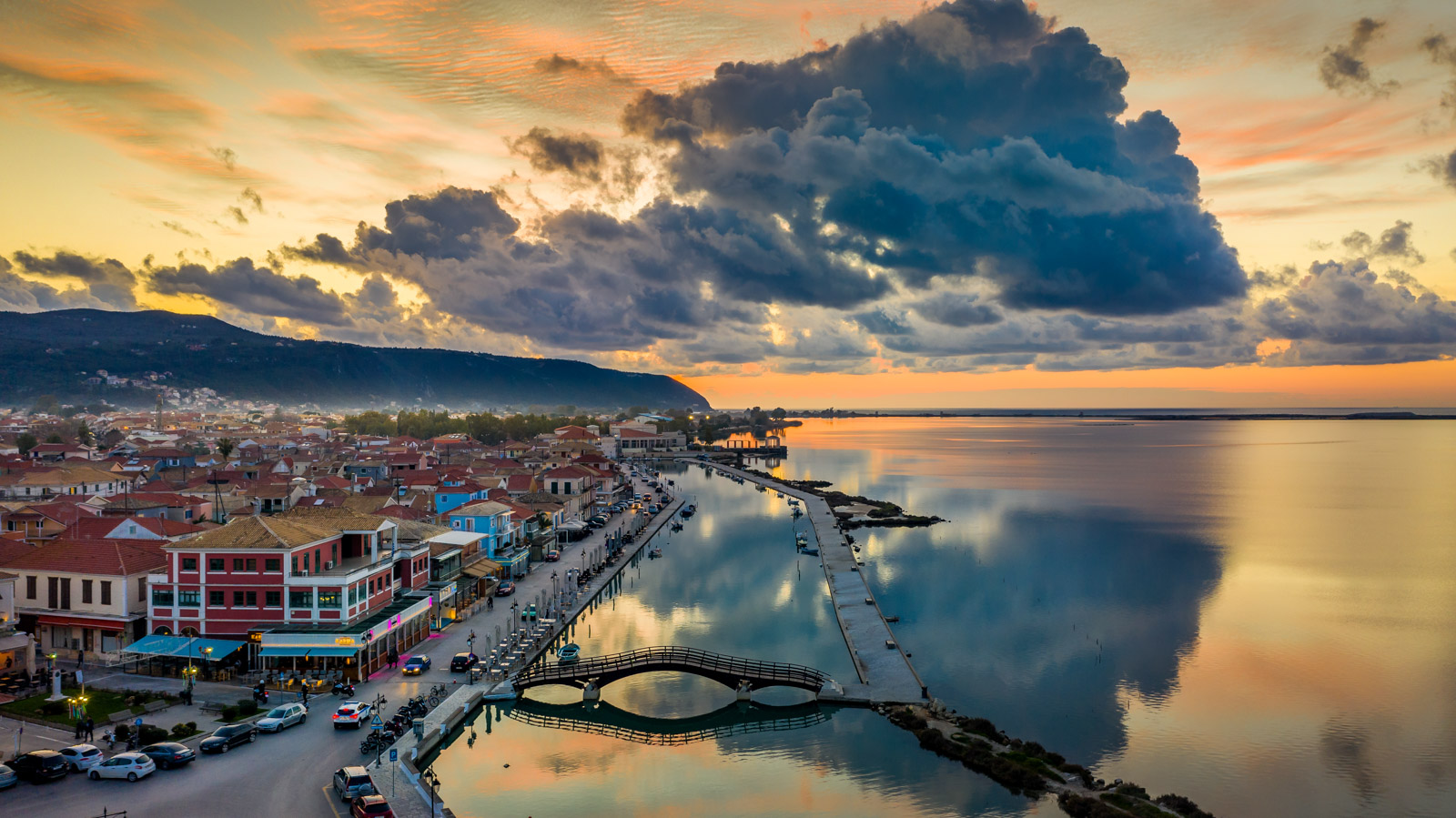 Walk between the narrow stone-paved alleys of Lefkada Historic Town from bars to restaurants, from cafés to boutiques, from shops to churches and never run out of things to do. It truly is an Instagrammer’s paradise with its beautiful traditional architecture and distinctive, vibrant colours. It’s the perfect place to pick up your Greek souvenirs and take a snap of the port. This is where the heart of the island beats strong.

From the island’s port to the lagoon -a spot where the colourful houses are lingering over the Ionian Sea- the center of Lefkada is a heavenly place for endless strolls. There’s no surprise why the lagoon is considered one of the most stunning places on Lefkada island. This picture-perfect setting is the ideal place to watch the sunset over the  Ionian Sea while sipping a cocktail at one of the many charming bars and restaurants it has to offer. 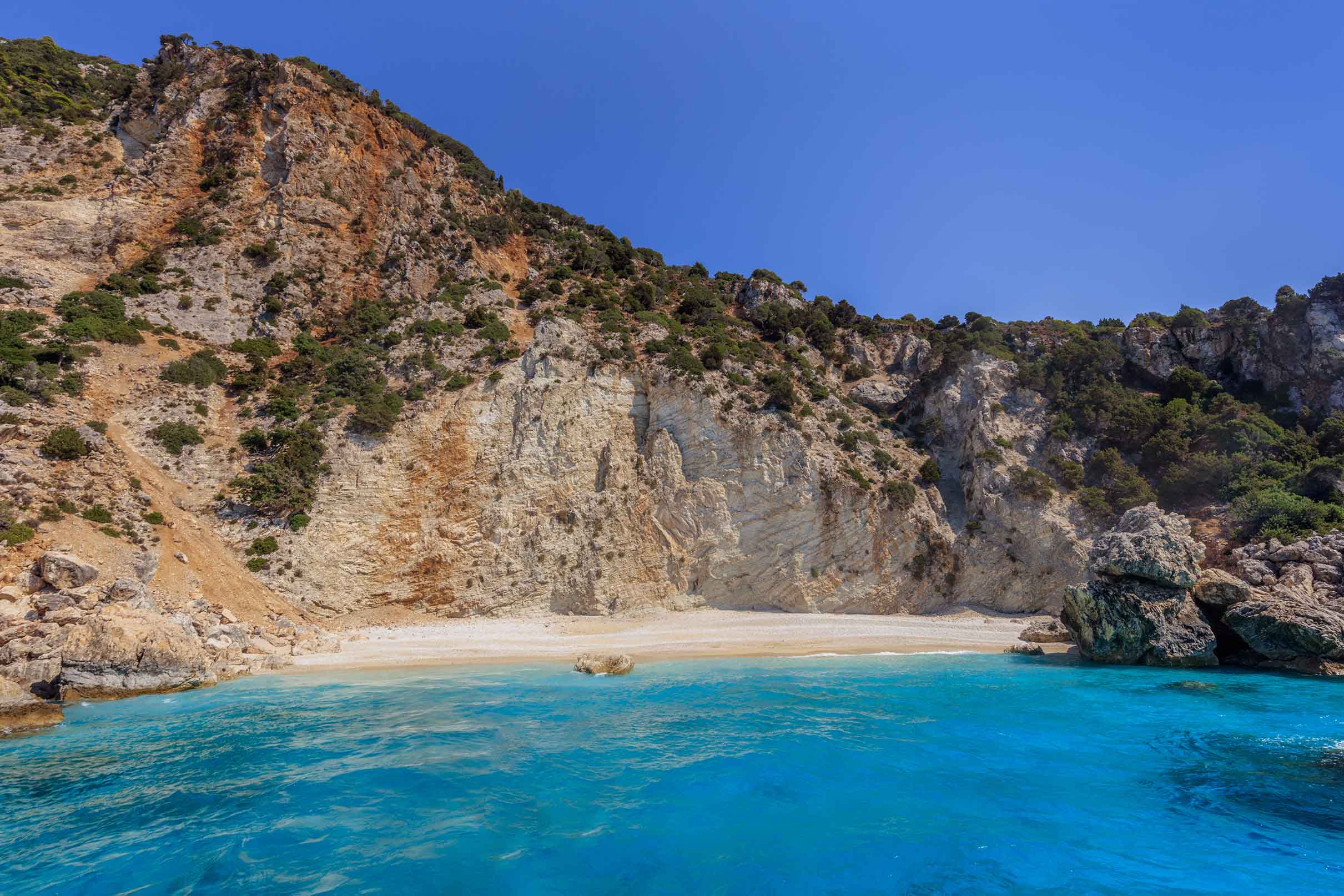 Lefkada is embraced by countless idyllic beaches with white sand and crystal clear turquoise waters to get to know during your time on the island.

Some of the beaches are well organized with the relevant amenities, parasols, sunbeds and plenty of beach bars and restaurants to choose from, while others are quite unspoiled and original. Also, there are popular spots for never-ending beach parties as well as water sports and a bunch of fun activities such as water skiing, canoes, pedal boats, parasailing, jet skis, banana boats and scuba diving.

Spend your day at the world-famous multi-awarded and prominent Egremni Beach and Porto Katsiki Beach. Kathisma Beach will reward you to the maximum with its amazing setting, while Agiofili Beach and Agios Ioannis beach seems to be a tropical paradise. For relaxation and stress release there are lovely picturesque waterfront villages scattered around the island, like for instance Agios Nikitas and Mylos Beach next to it. In addition, you could have a tour of the island and discover many other beaches less crowded and less known which, nonetheless, constitute hidden treasures for the few visitors who will make the effort to come into contact with the essence of the island.

We use cookies to ensure that we give you the best experience on our website. If you continue to use this site we will assume that you are happy with it.Ok